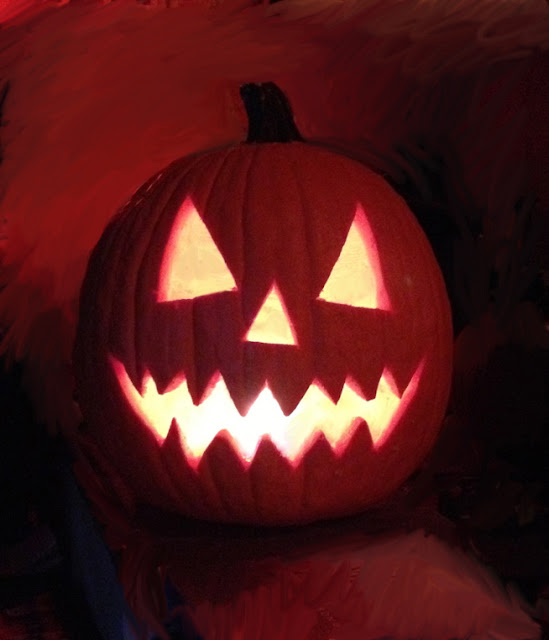 Obviously, I'm not posting as much as I'd hoped to. I don't even have time to carve some proper jack-o-lanterns. Anyway, here's my 1 of 3 this year year. Old school.
Posted by Steve Ring at 11:04 PM No comments: 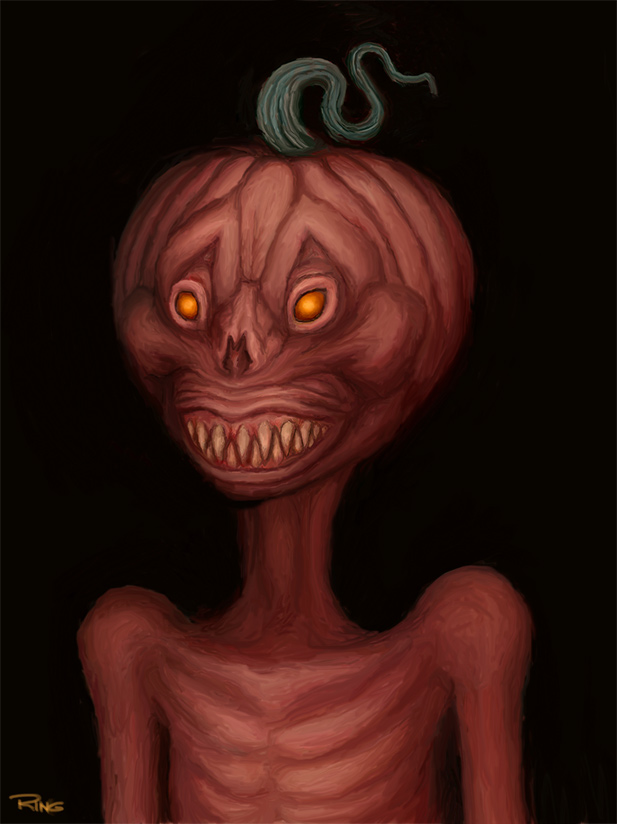 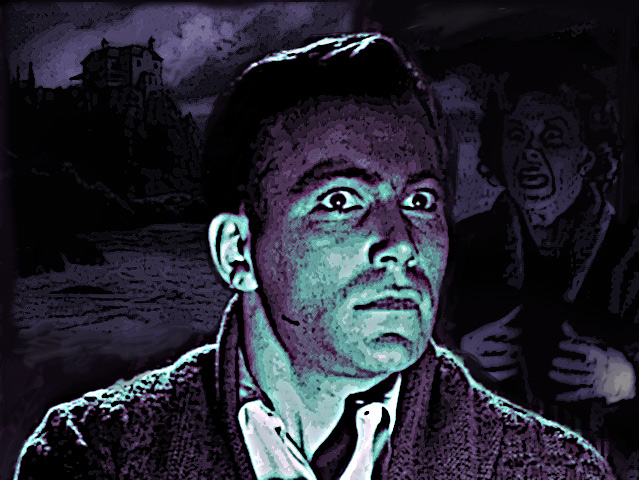 William Shatner's pre-Star Trek work doesn't get as much attention, obviously, but the Shat made a staggering number of television appearances leading up to his career-defining role of James T. Kirk, in a wide variety of shows such as Alfred Hitchcock Presents, 77 Sunset Strip, The Man from Uncle, Gunsmoke, The Twilight Zone and Boris Karloff's Thriller. The casual Shatner fan is probably aware of the classic Twilight Zone episode Nightmare at 20,000 feet, about a man with a little "problem" who no one will believe (even his wife) when he witnesses a monster on the wing of the jetliner they are all passengers on. One of my favorite episodes of the Twilight Zone, Nick of Time, has Shatner under the thrall of a fortune-vending napkin dispenser in a a small-town diner. In both episodes, Shatner's character is suggested to have some nebulous sort of mental issue and has a doting wife to help restrain his destructive self. For a time, apparently, Shatner endured being typecast as this edgy, bewildered emo-type, mothered by a stereotypical, staid television spouse.

Shatner's character in The Hungry Glass, Gil Thrasher, falls roughly into this category: a Korean-war veteran with PTSD (and possible junkie--it's left a bit vague) who moves into a creepy seaside cliff-house with his alluring young wife. Though here, at least, the Shatner wife (played by Hungry Glass director Douglass Heyes' wife Joanna Heyes) is played with a little more dimension. It's intimated that Marcia Thrasher has a flaw of her own--a benevolent sort of vanity, the love of her own image--which conveniently plays into the central theme of The Hungry Glass. But this isn't posed very convincingly. She doesn't come across as particularly vain, we're just supposed to trust a clumsy charicterization. Her real flaw is in not being able to reassure her tormented husband with much conviction. Weariness is evident in her eyes as Gil begins to lose his grip on himself. She starts to come around to his way of thinking before it's over.

Unfortunately, an excess of the dialogue in The Hungry Glass is composed of other characters trying to reassure Shatner (or each other) that his new house isn't really haunted, while simultaneously trying to assure him that he isn't just going nuts. Not that this somewhat tiresome exposition prevents The Hungry Glass from being a classic Thriller episode. It just pads out the story, which is a bit sleight for an hour-long slot. Basically, the house was once inhabited by an extremely beautiful but vain woman (Donna Douglas--Elly May Clampett in the Beverly Hillbillies) who grew into an old hag enraptured with the sight of her own image in her gallery of mirrors, and finally died by crashing through one in her ardent self-admiration. Over the years, numerous people mysteriously died from broken glass at the house and naturally the locals think it's haunted. An old geezer cryptically mentions the house has no mirrors in it, setting the story to unfold. The story is traditional and the setting atmospheric. The scene where the wife finds the lost mirrors in the attic is especially effective. The ghosts are sufficiently spooky, given the low budget, and the climax is actually kind of shocking.

William Shatner's performance is just fine, by the way. The plot certainly gives him plenty of opportunity to stretch his acting legs. Gil Thrasher is alternately brooding and severe but Shatner makes him likable, if not likely. The Shat went on to star in another Thriller episode, The Grim Reaper, which is frequently touted as the greatest episode of Thriller's brief two-season run.
Posted by Steve Ring at 12:00 AM 5 comments: 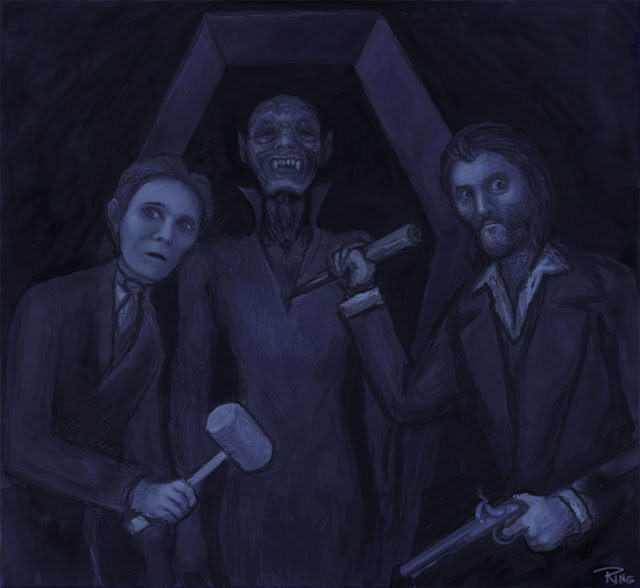 Posted by Steve Ring at 1:06 AM No comments:

The Thing from the Backyard 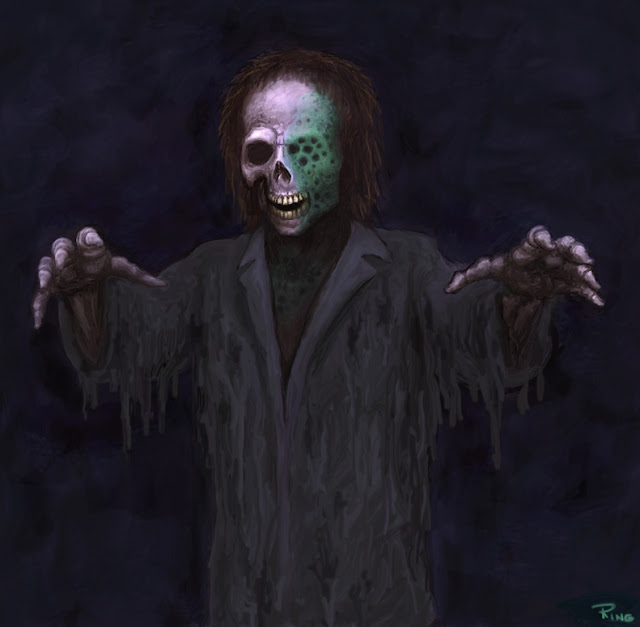 Sorry for sneaking up on you wearing my Halloween mask while you were digging up night-crawlers that one evening when we were 11-ish.

Countdown to Halloween, won't you? 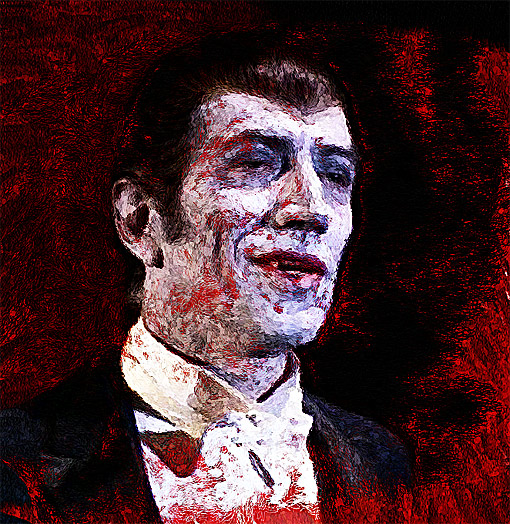 Greetings! Come right in and have a seat. Permit me to take your shawl for you so I can admire your lovely neck. Blah! Err....Forgive the absence of my Halloween Countdown. She is in the other room getting ready. It is a bit chilly in here, no? I will put another log on the fire for us. I like to keep it cool in here, ordinarily. Heat promotes decomposition, you know. And fire can be so dangerous. Yet danger can be most stimulating! Wouldn't you agree? But, of course! That is why you are here. While you are waiting, feel free to peruse my modest library of books. I apologize for their musty appearance, it is the maid's century off. Personally, I rarely find the time to read them, anymore. Everything is the internights and the blahgosfear and Fiercebook and hexting. The children of the night don't even bother to howl anymore, they just send hexts back and forth. But I see I am boring you....

Seriously, I don't like that look in your eyes. You weren't thinking of escape, were you? Not now that I have you in my eternal clutches? NO! DO NOT RUN AWAY!

Seriously, stick around. There is more scary fun to come. Happy Countdown to Halloween 2012!
Posted by Steve Ring at 1:00 PM 2 comments: