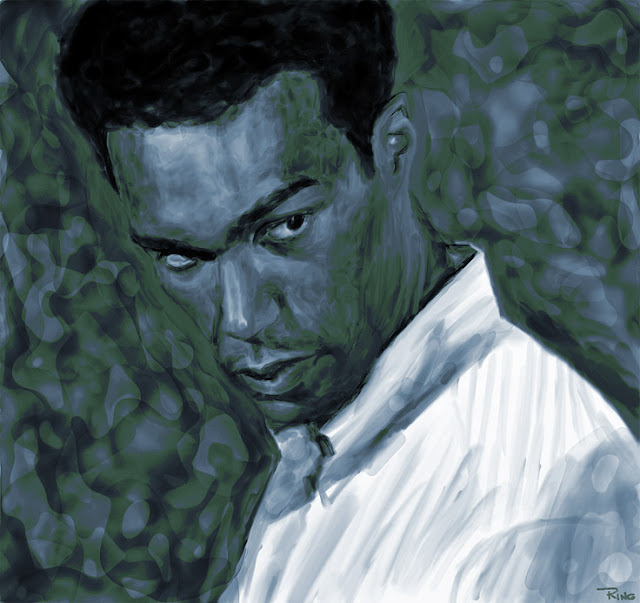 Dwayne Jones as Ben in Night of the Living Dead.
Posted by Steve Ring at 11:08 PM No comments:

Labels: my art, Night of the Living Dead, Portraits 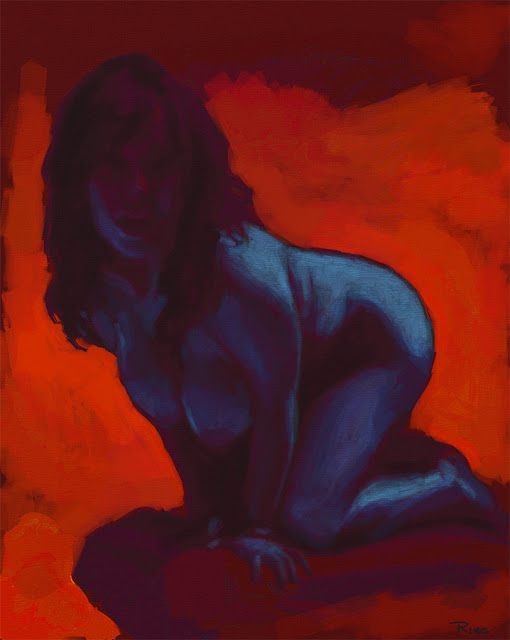 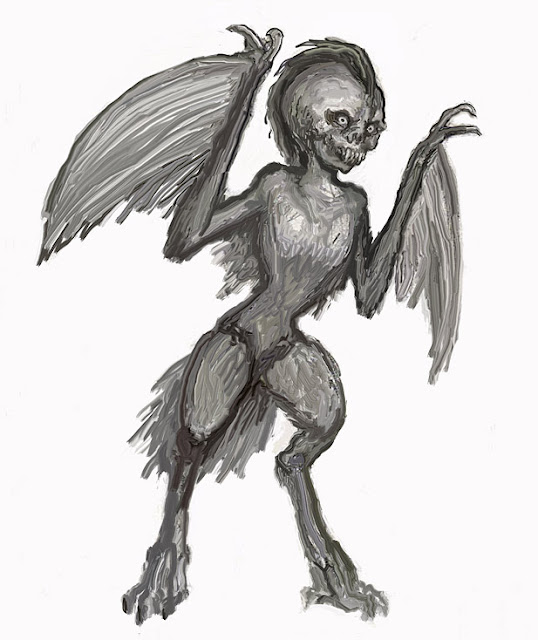 Your basic failed experiment or "Nosferooster".
Posted by Steve Ring at 1:19 PM 3 comments: 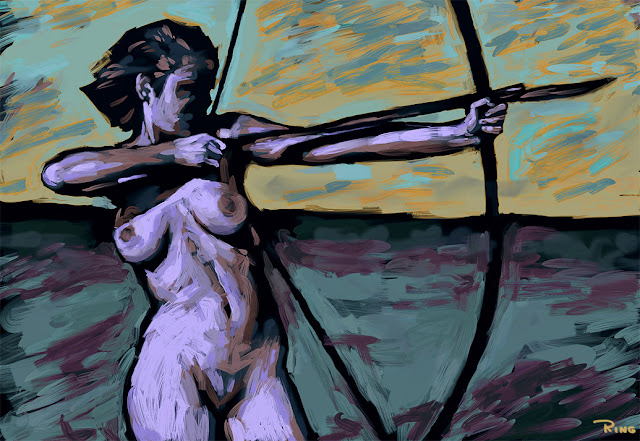 
The last handful of Night Gallery's Season 2 episodes boast some of the show's most atmospheric, and chilling, segments, the embarrassing "comedy blackouts" having at long last seemingly fallen out of favor.

In Deliveries in the Rear (2.19.1), Cornell Wilde (Gargoyles) plays an ambitious anatomist at a 19th century medical school who endeavors to have the freshest subjects for his anatomy classes, without regard for the means used to acquire them (namely, via a pair of murderous goons). This segment is well done and generally recommended but, obviously inspired by the true life horrors of the Burke and Hare murders (with all names changed), it rates low among the various incarnations of that story, particularly 1957's The Flesh and the Fiends.

Wilde's Dr. Fletcher is rather open about the probable methods employed to secure his morbid materials and seems keen to provoke the moral indignation of his peers, such that there's little pity for him when he is finally undone by his hippocratic hypocrisy. The story is seen mostly through his limited point of view and exists only to set up the climactic twist. That expediency may work for such a condensed telling of the Burke and Hare saga, but that means a lot of what makes the source material so interesting--medical ethics, class issues, angry mobs and the substance of Burke and Hare themselves--goes unexploited. (6.5/10)

I'll Never Leave You--Ever (2.20.1) is the fog-enshrouded fable of an unfaithful woman (the late lovely Lois Nettleson, who starred in one of my favorite Twilight Zones--The Midnight Sun) whose farmer husband (Royal Dano of Killer Klowns from Outer Space) is slowly wasting away from some icky mystery illness. Repelled by her husbands deathly touch, the desperate housewife consults the local bruja for a way swiftly snuff her sicko husband and free her to be with her lothario boyfriend John Saxon (A Nightmare on Elm Street). The witch carves the wife a wooden voodoo doll in the likeness of her harrowing husband for her to take home and dispose of at will. Unfortunately, the accursed totem's destruction turns out to be other than the tidy solution that she had hoped for.

This is a great, simple and atmospheric segment, reminiscent of E.C. If it has a flaw for me it's that it's rather too easy to sympathize with the supposed femme fatale and her unenviable situation, living with a croaking corpse on a barren, eternally-benighted farm. Aside from the great cast forementioned, I was delighted to see that the horrible old hag was played by Peggy Webber (still alive!) who herself did a turn as a hapless housewife in 1958's beloved MST3K-riffed schlock film The Screaming Skull. (7/10)

The Lovecraft-tinged There Aren't Any More McBanes (2.20.2) plays like a Night Stalker episode without Carl Kolchack to come to the rescue. In it, professional student of witchcraft and all-around slacker Joel Grey turns to the recently-redicovered magical tome of an infamous family warlock to prevent his rich uncle from cutting off his inheritance. Reciting the incantations from this necronomicon, he unleashes a dark force beyond his control and discovers why the book had been lost in the first place.

There's nothing too unexpected in this segment but it satisfies my fetish for funky 70's television that's set in the 70's. Even the special effects are kind of psychedelic. All I can add is that Joel Grey is not a handsome man. I'm just saying. (7/10)
Posted by Steve Ring at 3:20 PM 2 comments: 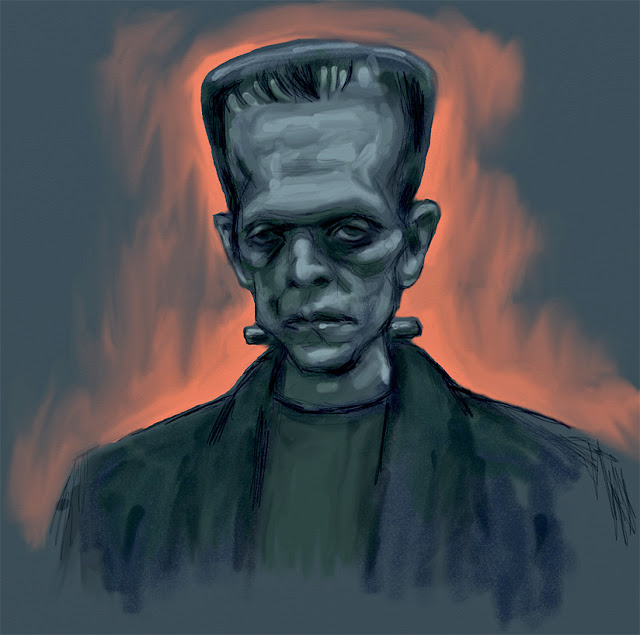