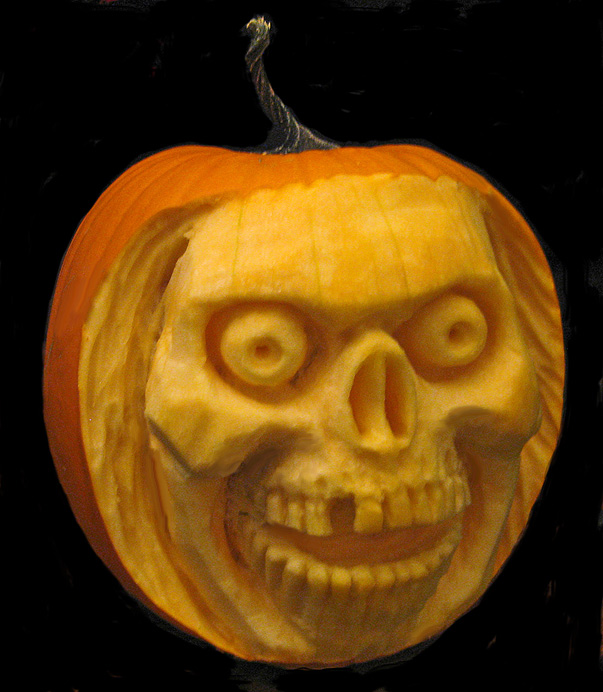 If only Halloween could fall on a Friday every year!

Here's my last jack of the year. Bit of a rush job, as usual. I always tell myself I'll carve more jacks the next year but never seem to. This year I had some somewhat higher quality (if smallish) pumpkins to work with, but results were mixed.

Have a fun Halloween!
Posted by Steve Ring at 1:15 PM 1 comment: 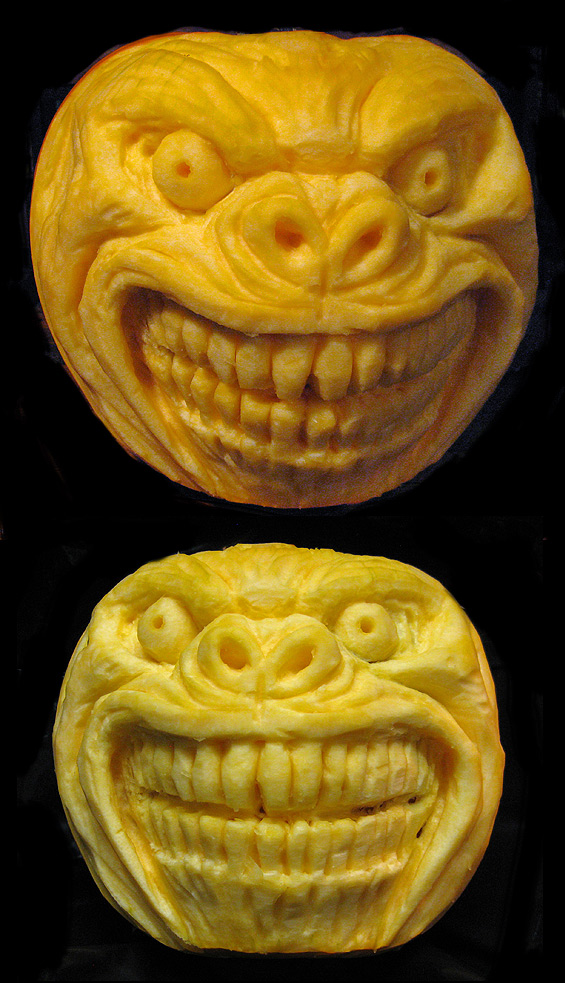 Snarl! Not my first this year but maybe the first worth showing off.
Posted by Steve Ring at 12:16 AM No comments: 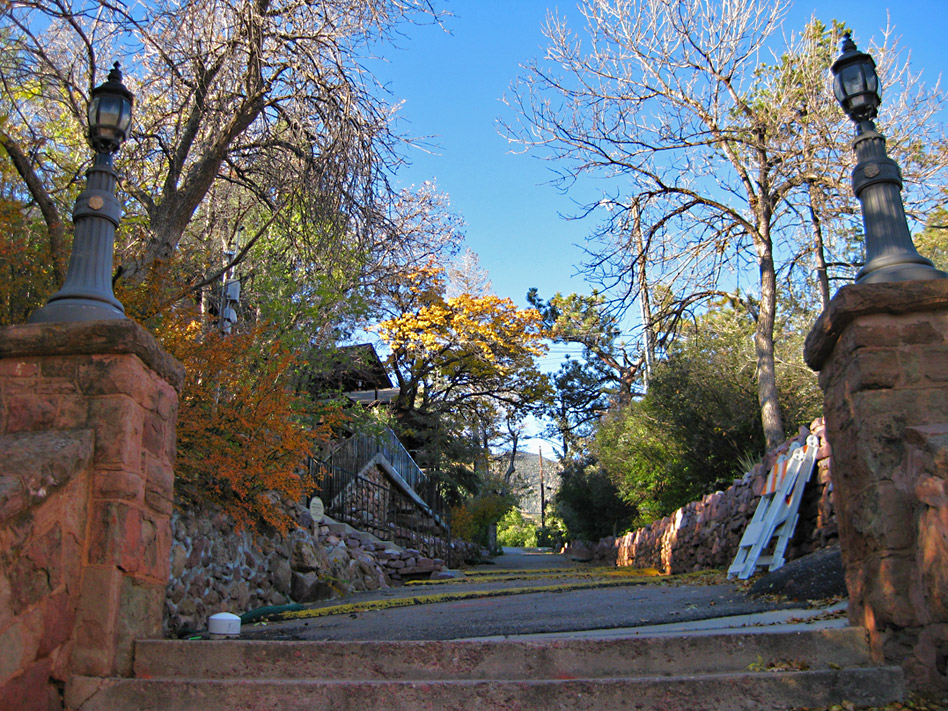 Return with me now to the hauntingly haunted streets of Manitou Springs, Colorado for the 20th Annual Emma Crawford Coffin Races. And was it a good one this year. Perfect weather. Perfect. 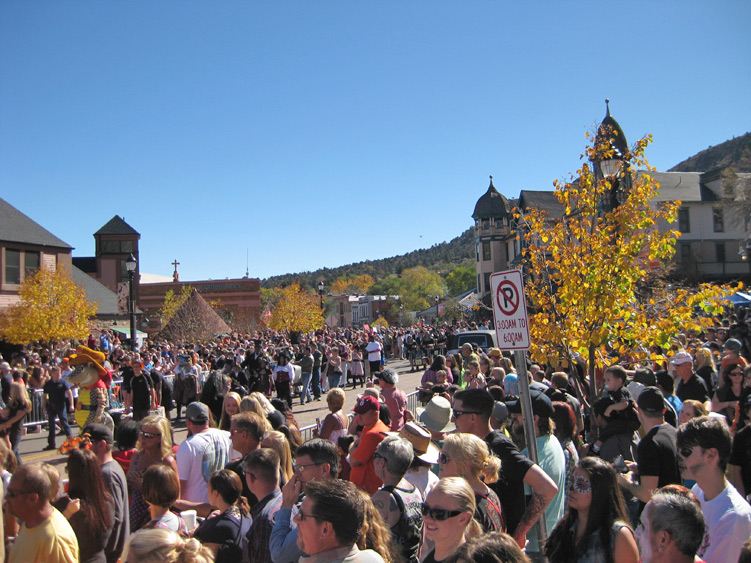 Oh god, look at the crowd. There was an expected attendance of 12,000 or more. When I left (which was, admittedly, before the actual races got underway) there were cars stretched out for miles still trying to get in. 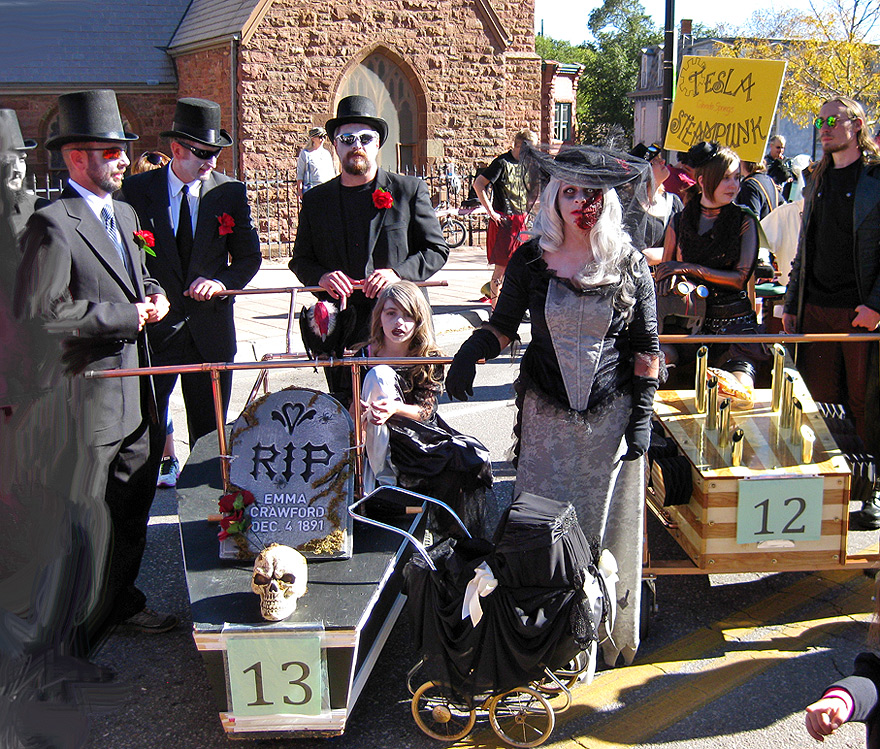 The event itself had over 70 entries. And never has the race had so many great costumes and elaborate race coffins. 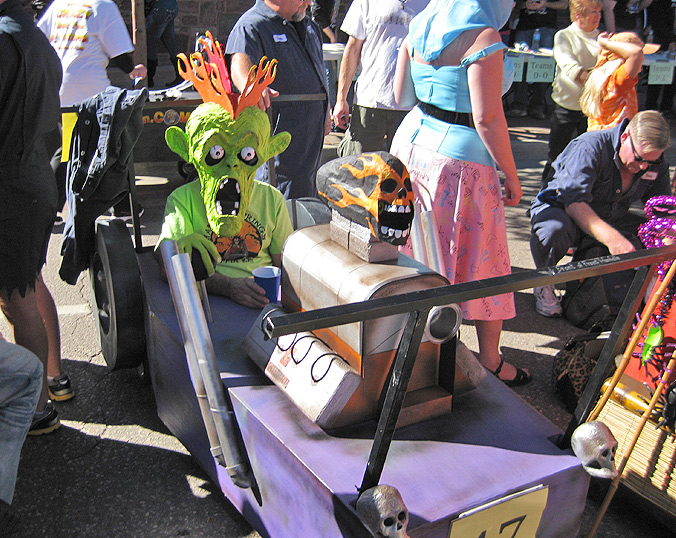 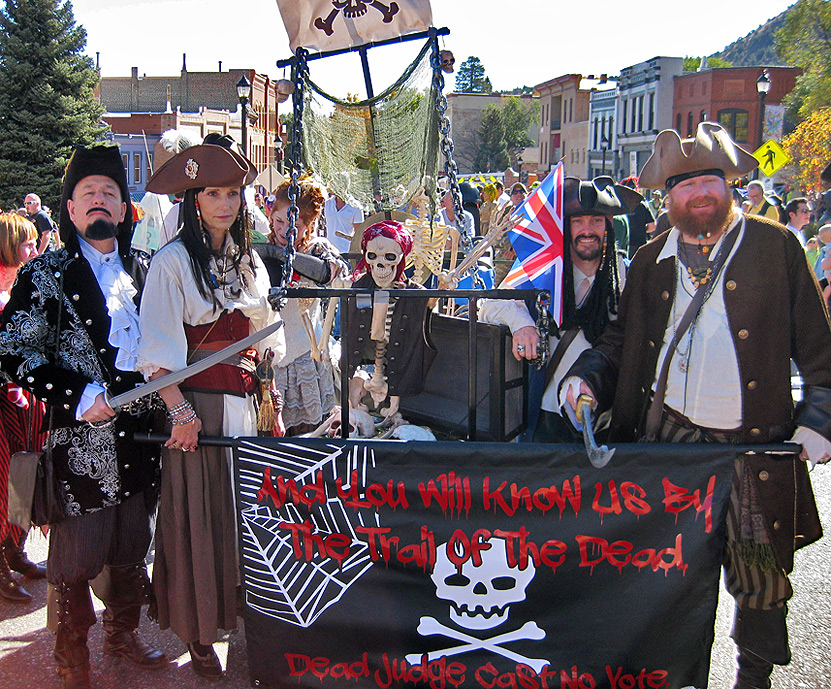 There is always a pirate team. Sorry I don't know more about the various clubs and businesses that compose the races. This could be a law firm for all I know, the scurvy dogs. R! 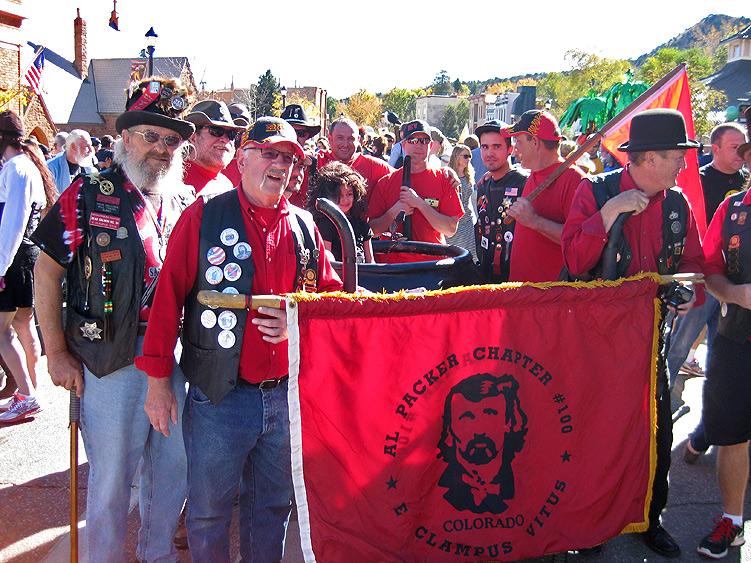 These are the Veterans of the Al Packer Wars, or something. Whatever, it's just good to see Uncle Al represented.  The coffin rider (Emma Crawford) was a little kid in a stew pot. 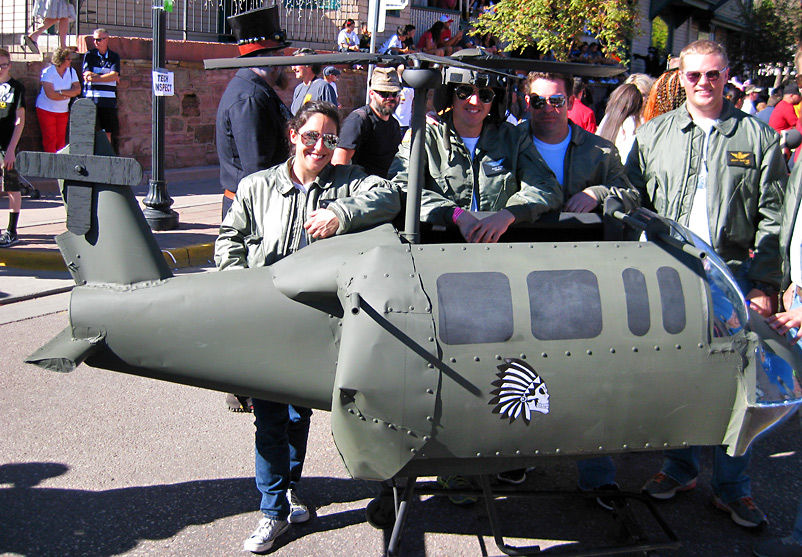 Figured these guys would be cranking "Flight of the Valkyries" but nope. 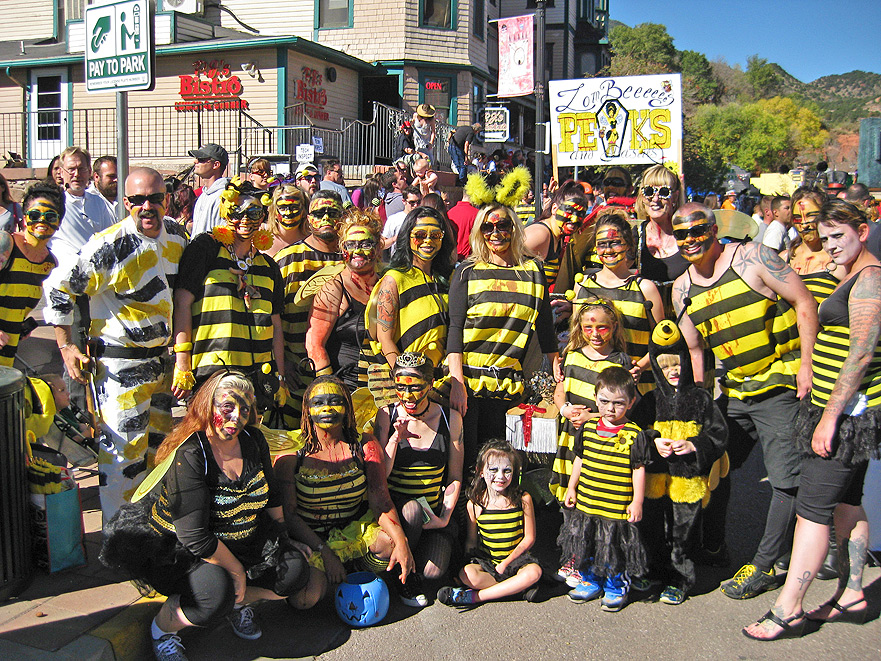 These folks were very sporting. They're zom-bees. Get it? 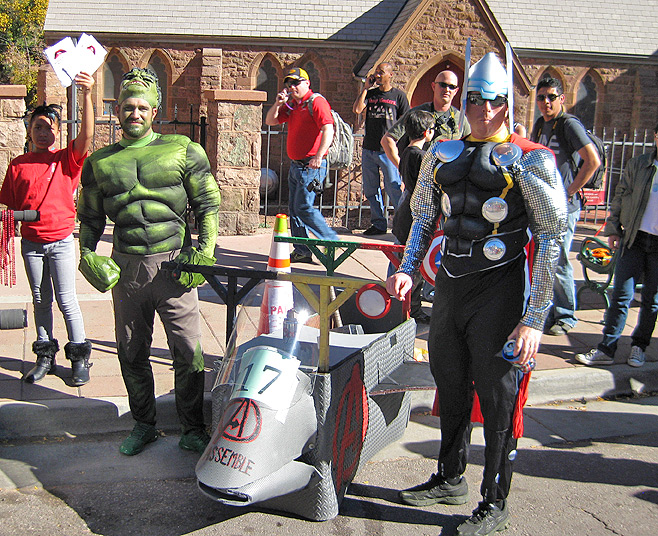 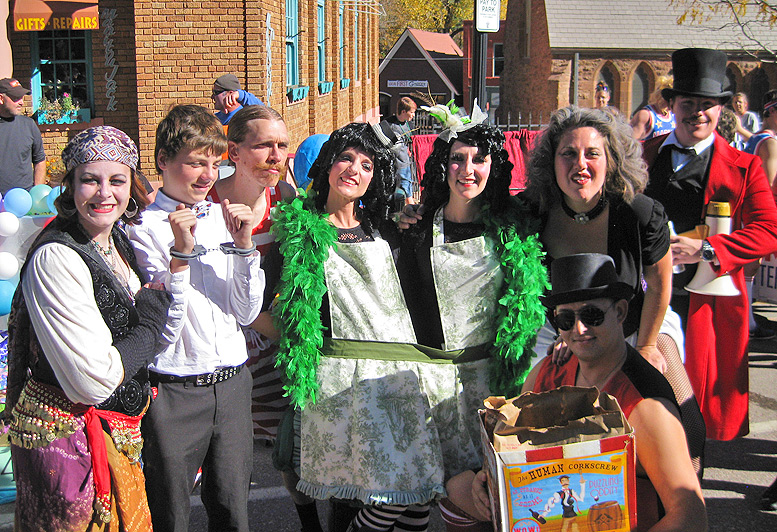 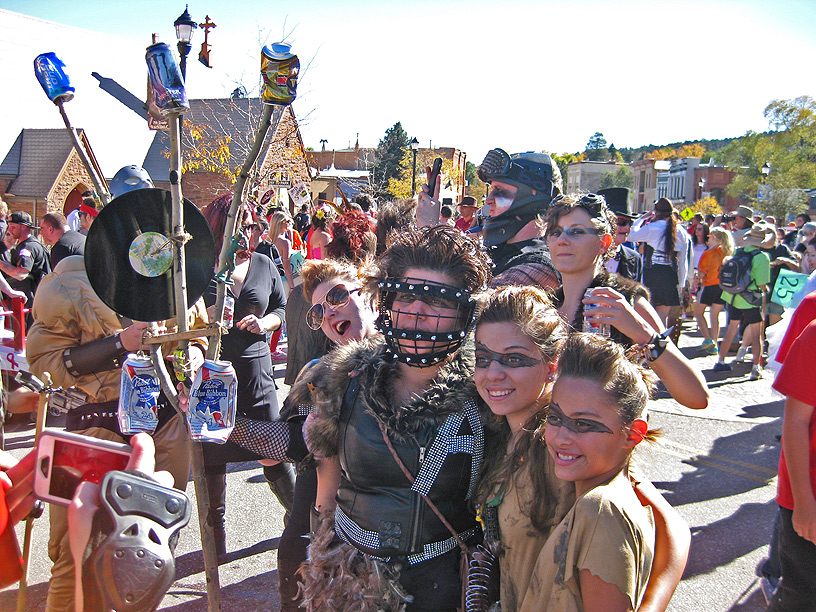 The Road Warrior/Beyond Thunderdome team might have been the most epic. But it's hard to get a picture of people when you are being crushed up against them. This is only like a third of the team. 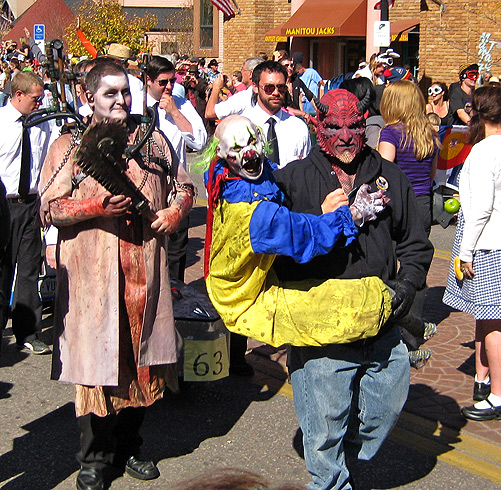 I wish I could have gotten pictures of just one percent of the costumes. At this rate, the Emma Crawford Festival is destined be a contender for the greatest Halloween event in the country. 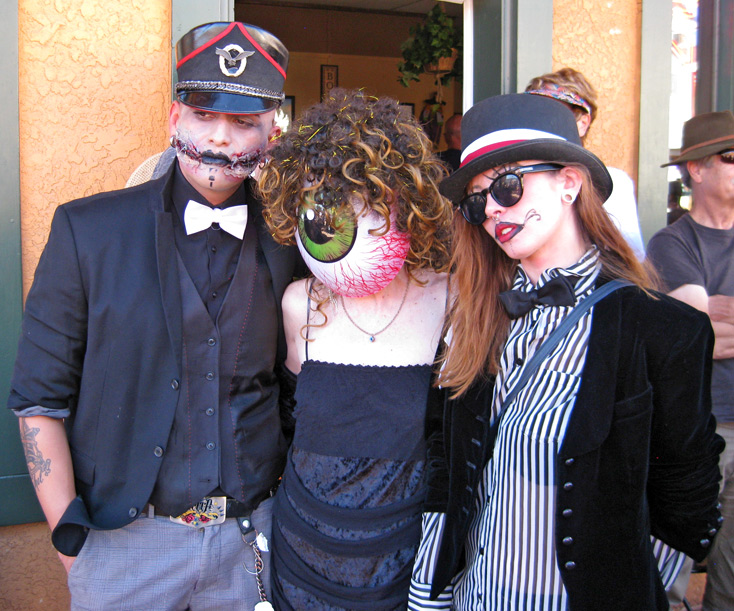 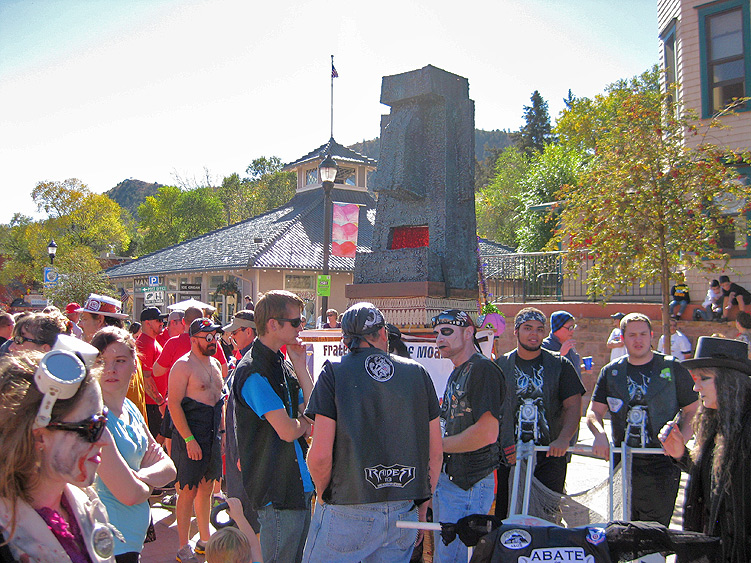 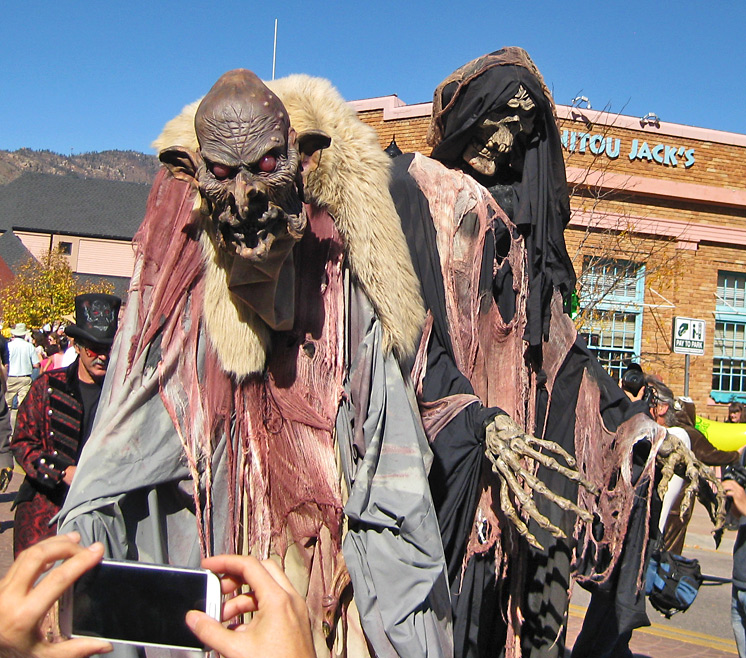 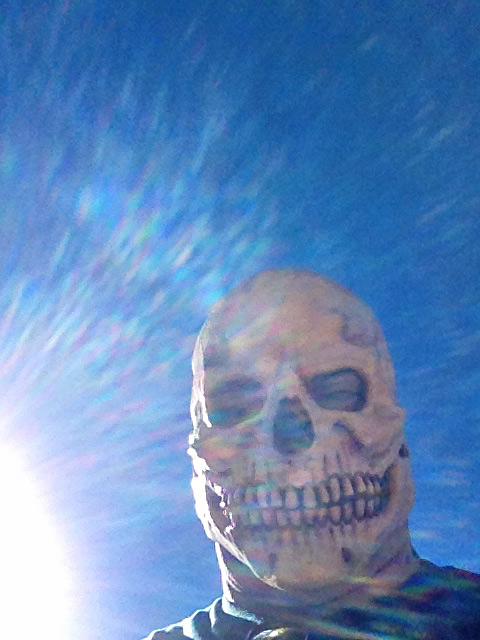 I tried to take a selfie and the sun exploded. I hate when that happens.... 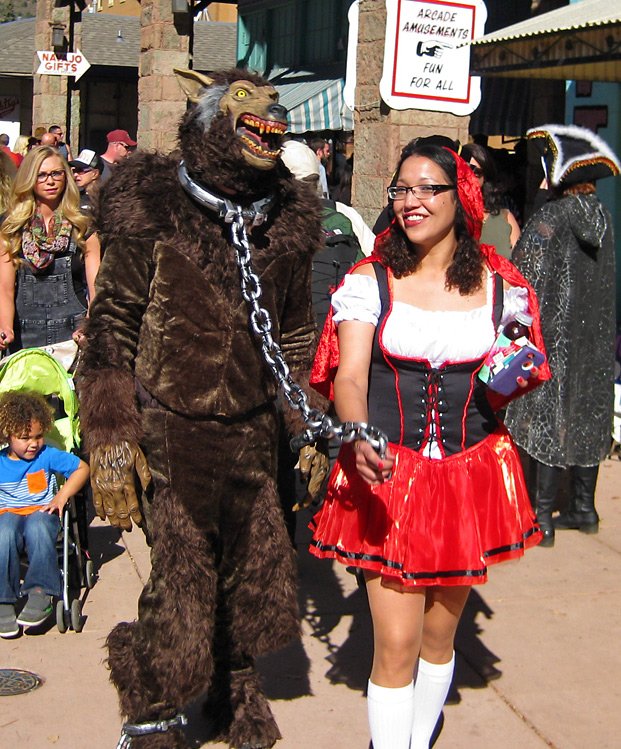 Manitou Springs, the Halloween Capitol of the Rockies.


There are many great pictures of the festivities at the Emma Crawford Coffin Races Facebook.
Posted by Steve Ring at 5:06 PM 2 comments: